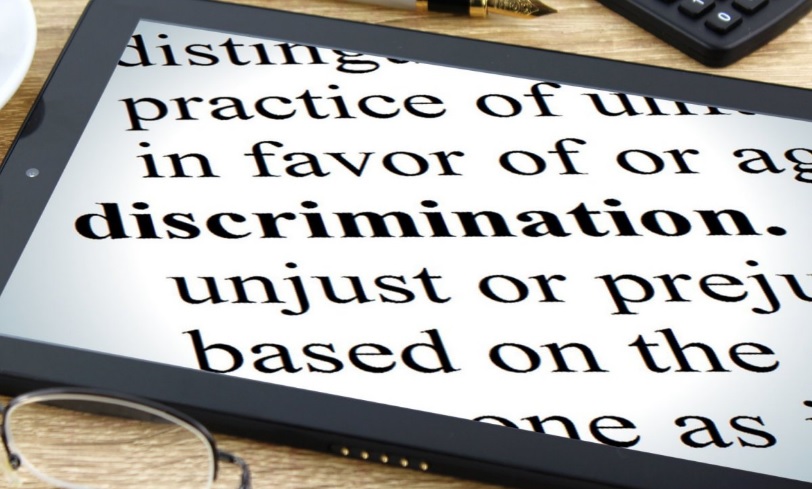 People from a variety of non-conforming traditions have faced a long history of discrimination.  Plural families are no exception, especially when it comes to access to public education.

Plural families were driven underground when unlawful cohabitation was made a felony in 1935, setting the stage to persecute otherwise law-abiding adults living plurally.  Immediately afterward, many plural families from the Salt Lake area began moving elsewhere to escape prosecution.  Despite many of their associates leaving the area, members of the DCCS stayed and remained integrated into their surrounding communities.  For the next two decades the law was vigorously enforced.  The first government raid occurred in August 1935, followed by individual prosecutions and additional government raids on plural communities in 1944 and 1953.  The state also engaged in wide-scale removal of hundreds of children from polygamist families during these years.  These government actions isolated polygamist families, drove them underground and instilled a culture of fear in plural family communities.[1]

Children in the DCCS who remained in public schools learned quickly how to lay low and not advertise the traditions their parents had come from.  Children who did not were ridiculed and beaten.  Charles W. Kingston, who is often considered the founding Patriarch of the DCCS, made a plea in 1956 to the LDS 1st Presidency to stop the abuse and “beatings” of school children.  Kingston suggested the abuse was motivated by comments from local bishops and LDS church leaders.  During this time, local Stake leaders in Davis, Salt Lake and Emery counties urged their congregations to boycott “Cooperative stores and establishments” in an attempt to drive them out of the community.[2]

Although many other plural communities faced prosecution and raids from 1935 to 1953, DCCS members had avoided direct prosecution until 1959 and 1960 when a Davis County Grand Jury was convened to investigate unlawful cohabitation of several Co-op members.  In many ways the investigation culminated in the jailing of Ardous Kingston Gustafson, a founding member and 45 year old mother of four on Christmas Eve in 1959.  Gustafson was jailed when she was unable to produce membership rolls meant to target other individuals for unlawful cohabitation.  Coop members often refer to this time in their history as the “Grand Jury Days”.[3]

Fear and isolation creates a sub-group

Despite the challenges children faced in public school, DCCS high school graduation rates remained the same as the surrounding population from its founding in 1935 through 1958, although very few went on to attend college.  The US high school graduation rate in 1959 was 65.1%[4] and estimates suggest a similar rate existed for DCCS members in 1959.

This changed however in 1960.  The US rate of high school graduation continued to increase to 76.7% in 1965, 83.9% in 1980, and 85.6% in 1990[5] while the high school graduation among DCCS members remained around 60% to 65% from 1960 to 1990.  These two diverting paths suggest a marked difference between the DCCS sub-group and the surrounding population over this time frame.  It shows a lack of safety for this cultural sub-group in public education as well as barriers to access.  Despite the barriers, some students did go on to attend college, although at much lower rates than the average population.

"...the only way to help an underserved community is with more education, not less."

In the early 1990s, many DCCS and family leaders began a campaign to encourage DCCS members to improve their high school and college graduation rates.  In 1994, members founded Ensign Learning Center as a K4, K5 primary school.  The school quickly grew to offer 1st through 6th grades by the year 2000.  Students completing 6th grade in private school feed into public schools at Jr. High and High School.  Many parents recognized the only way to help an underserved community is with more education, not less.

Soon after Co-op members began campaigning for a well-educated population, opposition from members of the education community began once again to isolate plural communities, strengthen barriers and limit access to education for plural families.

In 1998, Bernie Machen was appointed President of the University of Utah.  Bernie Machen was very open in his animosity toward plural families.  During an LDS Student devotional on September 8, 1998, Machen denounced polygamy saying it was “morally wrong”.[6]  The devotional which was held in the LDS Church Institute chapel on the University campus was attended by some members of the DCCS.  They report that in a question and answer period, Machen invited “all Kingstons to get off campus, you are not welcome here”.[7]

Co-op member Carl Kingston, who attended the S.J. Quinney College of Law and graduated with a Juris Doctorate from the University of Utah in 1969 had his photo prominently displayed on campus for nearly 30 years.  He was recognized as one of the schools exemplary alumni for his model performance as a lawyer and as a student of law.  Under Machen, Carl’s photo was removed because of his last name.

Bernie Machen’s tenure ended in 2004, but many University of Utah students from the Co-op today report the University continues to have an unspoken religious and family test when it comes to admissions to Law and Medical schools at the University of Utah and elsewhere.  Some students report open bias when applying for these schools.  One medical student said, “I can’t be open about my accomplishments while coming from a plural background.  If I did, it would [certainly] put my future in the program in jeopardy.”  Another states, “I cannot publicly recognize my accomplishments with anything to do with my family, or I’ll get kicked out of my program.” A student of University of Utah College of Nursing states, “To put my accomplishments on Facebook or social media would be the end of my career”.[8]

This same attitude of exclusion and bias appears to have extended toward students attending public charter schools.  In December of 2020 and January of 2021, Brooke Anderson, a self-proclaimed “life long educator” who works at Jordan School District issued a public comment against students at Vanguard Academy, a public charter school in West Valley, while at the Utah State Charter School (USCB) board meeting.  Her comments appear to suggest some children should be excluded from college credits because of their parents' background.  Anderson suggests that giving these students access to college credits could be used to “further the ends of extremists”.  Chris Jones of KUTV 2 news suggested in a Facebook interview that the school had too many students with the surname ‘Kingston’ when it was found that 22% of inaugural year students shared the same last name.  The USCB ordered an audit of enrollment and lottery processes because of “multiple individual and media complaints”.

When the USCB staff completed the enrollment and lottery audit, they reported their findings in January 2021, as well as June 2021.  While reporting on the school’s enrollment practices, auditors stated they “did not find any to be unreasonable or uncommon”.  During the meeting on June 10, 2021, one USCB member seemed to be dissatisfied with the results of the enrollment audit, stating the anomalous nature of the school’s enrollment of nearly all Caucasian students.  All members of the USCB are also white.  The USCB member made a motion to re-open the investigation to essentially ‘check again’.  They also asked to investigate the diversity of Vanguard’s board, although initially struggling to explain exactly what their concerns were.  Finally, they suggested a possible “family or religious” test of the school's board members to “insure they were not too conflicted” in those two areas.  This is a clear violation of federal civil rights to impose such a litmus test for a public charter school board.  However, the USCB voted unanimously to continue with this second line of investigation along with re-opening the enrollment question after numerous reviews.[9]

These are clear examples of the biases plural families continue to face today when attempting to have equal access to free appropriate public education.

[7] <Testimony of student in attendance (anonymous by request)>