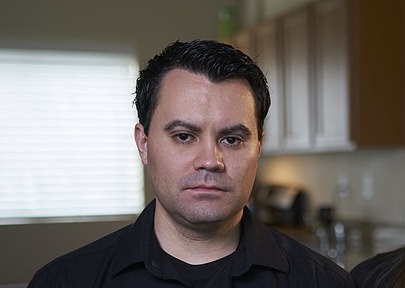 Bryan Nelson is an ex-convict with a criminal record and an anti-polygamy activist.   Nelson has a history of committing hate crimes against plural families through physical assaults and hate speech against the DCCS and its members because some of them belong to plural families.  In 2013, Nelson waited outside the gym facilities at Salt Lake Community College Redwood Campus to ambush a man who he believed to be a member of the Cooperative.  Nelson physically attacked the man, striking him multiple times.  Nelson had never met the man prior to the incident, but carried out the attack because he believed him to be a polygamist.

For many years, plural families endured these types of attacks and exploitations with no outlet or voice to defend themselves.  At times, members of the media have willingly participated in a narrative of hate speech meant to inflame the public to further abuse and discriminate against law abiding citizens.  It would not be socially acceptable to engage in this type of stereotyping for any other group based on the actions of just a few.  It is our hope that recent legislation allows victims on both sides of the plural family issue to be protected from predators like Mr. Nelson.

In another incident, Nelson admits in media reports to beginning a relationship with a child who later became his wife because “he thought she was beautiful”.  He was 26 and she was 15.  He did so under the guise of “rescuing” her from her plural family.  According to court records, when the child confided to her mother that she was being sexually active with a much older man, her mother filed a complaint in court against Bryan, but he absconded with the teen, and stayed in hiding for months until the two of them acquired a marriage license on the day she turned 18 to cover up the underage affair.

In May of 2019, Nelson filed a lawsuit against eight named individuals in the DCCS as well as up to 200 unnamed “John and Jane Does” for federal student loans filed by students attending college.  The lawsuit appeared frivolous from the start however, and it didn’t turn out to be a government payout that perhaps Nelson had hoped.  Nelson voluntarily withdrew the lawsuit in October 2020 and it was dismissed.  DCCSOCIETY.ORG first reported on this story in December 2019.

Additionally, Nelson is attempting to exploit the government by posing as a "whistleblower" in the Washakie case.  To our knowledge, neither Bryan nor Mary Nelson ever worked for WRE, nor were they ever in a position to receive information that would support a whistleblower claim.  Court records show the timeline of Mary's "escape" story pre-dates most of the Washakie fraud activity and the Nelson's interview with FBI agents occurred after most discovery had already occurred.  Yet the couple continues to portray themselves to the media as the primary "whistleblowers" with hopes to receive a payout from the government.

Bryan Nelson has a long history of exploitation and criminal activities, including hate crimes, assault and allegations of unlawful sexual conduct with a minor.