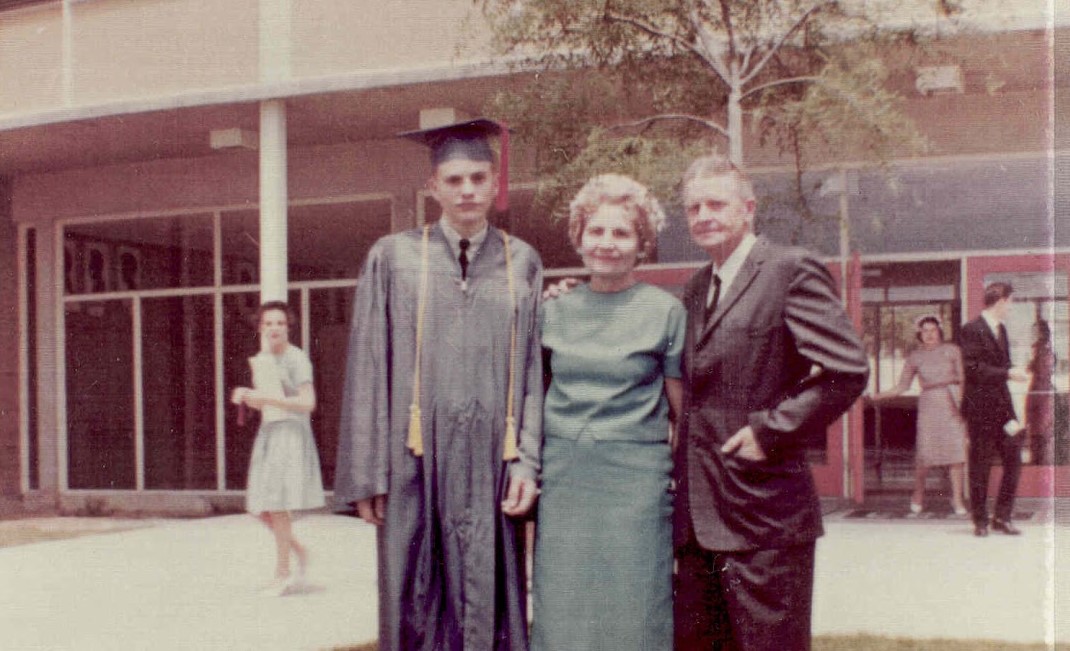 It's dark and everyone has gone home to their families.  Her office is empty but as I sit at my desk, I still feel her influence, just as if she were still there, watching over the business and us.  It's been a rough day with most of it spent on airplanes and the balance on the phone.  It would be nice if we could just one more time go over to her desk and ask, "Mama what do you think about this?"  Her desk is still there in the office next to mine, but she will never come in and sit at it again.  Our mother, Ardous Kingston Gustafson died last spring, and there isn't a day that goes by that we don't miss her.  It's just habit to think on the spur of the moment 'I need to ask Mama what she thinks we should do,' and then the realization comes that she can't tell us anymore.  However, Mama gave the company and us an invaluable gift that the very foundation of our family and company rests upon.  It is more valuable than anything we could ever ask for.  She gave us our values.

Any company that expects to be successful and lasting from one generation to the next must have core values.  Something that you and your people can tie to.  Something they can build upon, and use in their everyday transactions with other people.  Something that they can use personally and use as a foundation in their lives.

I guess we should start her story at the beginning.  It was the roaring 20’s, and mama’s parents, Charles and Vesta Kingston were dry farming in the foothills of Eastern Idaho.  It was a trying life, relying on nature to give enough rain and snow to water the winter wheat for the next summer’s crop.  It didn’t matter how hard a person worked, if nature didn’t give enough water, you failed.  For five straight years there was drought.  They went to the bank one more time in hopes that they could borrow enough to last one more year, until nature made it rain.  Debts had been accumulating through the drought, and the bank could no longer keep extending credit.  All the farmers in the area were having trouble, most were giving up and going bankrupt.  The bank counseled our grandparents and some suggested that they take out bankruptcy, because they felt that our grandparents could never pay it back.

Our grandparents had core values that would not allow them to take out bankruptcy.  To them it would be a betrayal of trust.  If someone thought enough of them to loan them money, they were going to pay it back.  They signed over the deed for the farm back to the bank and signed a note for the balance due.  The equipment was sold for whatever it would bring.  There was not enough feed for the horses, they had no value, so they were turned loose to roam the hills.  Grandfather Charles went to Idaho Falls and secured a job on the railroad.  Every paycheck a portion was set aside to pay on the old farm debts.  My mother was a small girl when they had the dry farm, but throughout all of her young years and through the depression, she remembers scrimping and saving as a family to get enough to pay on the debt.  The family developed habits of saving and not wasting anything of value.  Mama learned the value of trust and honesty, and treating everyone fairly as you would have them treat you.  She carried these same core values into her family and children.

Years ago when the opportunity presented itself, we asked Mama to come to work at Standard with us and I put her next to my office.  It was like putting a pillar of strength next to us.  One time when a competitor pulled something on us and we had the chance to retaliate, she told us, “I wouldn’t do that, because it’s not right.  It doesn’t matter what other people do, you need to keep your standards.  If you will base the way you do business on your standards, and treat all people with respect, honor and trust, then it doesn’t take long for people to realize what kind of a person and company you are.”  Sometimes someone would bring up the point, “This is business and it’s tough in the real world.  Sometimes you have to do some of those things to get ahead.”  But she would get that look in her eye, and say “I wouldn’t.”  That was enough for us, we always chose Mama’s way.

At Christmas time a few years ago, we were sitting in our office and someone said, “You know what this industry needs?  It needs more working together.  So, let’s give our competition Christmas gifts.”  I guess we didn’t realize at the time, that we were using those same strong core values to guide our thoughts.  The competition thought we were crazy, but you know it was a lot of fun.

When Standard was looking into the choices of joining a buying group, we sat down in a board meeting and looked at the choices.  After looking at the different opportunities small and large, Mama said, “It doesn’t matter how big or small a group is.  The most important things are the people and if they can get along and work together.”  We took her advice, and things have worked out well for us.

Whenever we would make an important employee hire, we would always bring Mama in to meet the individual.  After, we would ask her, “What do you think?”  Sometimes she would say, "That is a good person and I think they will fit in and be a big benefit."  Sometimes when I was enthused about a new prospective employee, she would say, “I’m afraid of that person, he just doesn’t have the right feeling around him and I think it would be a mistake.”  Well occasionally I would hire someone against her advice and every time without fail I lived to regret it.  She was always right.  It took me a while to learn that experience is important and she had something special.  She was relying on her core values.  After college, I was employed by a large national accounting firm as a field auditor.  When I advanced into a supervisory level, a particular incident occurred that did not conform with accounting ethics and my core values.  That was before it was fashionable to complain about corporations making their financial statements look good for their stockholders, plus the client was paying high fees to our audit firm.  Because I would not bend, I became unemployed.  When I told my mother I had lost my job, I could see that it upset her.  However, when I told her why, she said “GOOD!”  That made me feel better than anything at that time.  It made me feel good to please her.

Sometimes when someone says something about you that is derogatory or not true, it hurts and the natural instinct is to retaliate.  However, if you have core values based on good ethics and standards and you use them as your guide, it doesn’t take long for people to realize what kind of a person and company you really are.

Our company is rapidly expanding and there are a lot of employees that never had a chance to meet Mama, but she is there because her core values are the foundation of Standard.  Those core values have helped us to grow even though she has not been with us.

The world is changing.  More emphasis is being put on quarterly numbers for stockholder’s reports.  It’s becoming a win at all costs world.  Sometimes ethics take a back seat to profit and numbers.  Numbers take precedence over everything.  The quarterly numbers reports for stockholders make companies react for today and not the future.  If a company does not plan for the future based on solid core values, there will not be a future.  Men who use numbers and profits as their core values may have instant success like Enron and others, but I am willing to bet that if you and your company build a foundation on strong ethical core values, you are building something that will last.  Maybe everyone in business, government and society as a whole, should step back and ask themselves, “What are my core values?  What should they be?  What are my goals in business and life based upon?”

The next time you face a decision in the crossroads of life, stop and ask yourself, “What would Mama do?”