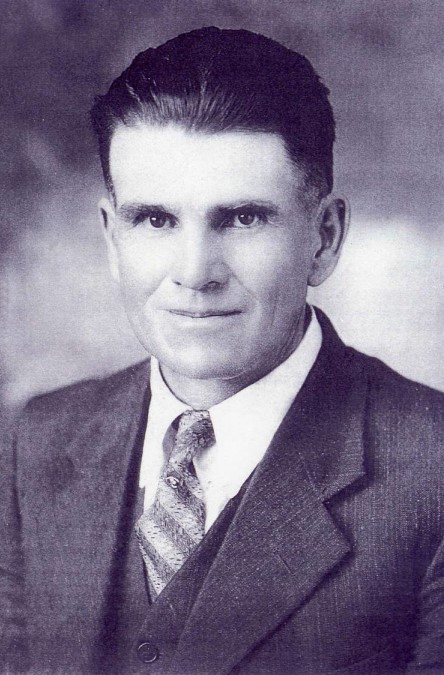 "When I was nine years of age I received a wondrous blessing from the Lord that became an anchor to me.  This dream gave me a pattern of the main things that would take place, a wonderful view of my future.  It showed me the pitfalls I would be able to avoid in my life."

Dream recorded by Charles W Kingston in "My Life's Story"

A year from the day I was baptized, Springtime was in it's richest bloom. I awoke at daylight one morning and the freshness of Spring with the song of birds and the scent of flowers was wafted in the open window by the gentle breeze from the canyon not far away.  I awakened that morning with a song of thanksgiving and prayer in my heart.  It was wonderful to be alive, to live to enjoy such marvelous surroundings.

I soon dropped off to sleep again and dreamed: I thought I found myself in a large building.  Fifteen or twenty of my neighbors were in the building seated around tables or in chairs nearby.  They didn't seem to have much of anything to do except to while away their time.  They seemed unconcerned and satisfied with their condition.  I walked around among them to see if I could see anything constructive going on that I might take part in but not finding anything, I started to leave the building.

I made for the wide front double doors and walked out on a large platform. From the platform I saw a wide set of steps that led to the ground level and on into a dark hole that looked like the entrance of a coal mine. This hole went into the ground at an angle of about 45 degrees.  An impression came to me that this dark hole was the entrance to Hell that led down and down to the river of destruction.  I did not want to go in there so I began to look around for a way out.

I found that this large platform was walled around on all sides to a height of about fifteen feet, with a railing around the top to keep people from falling in. There being no way for me to escape here, I went into the building to see if there was a back door or a window that I could open to get out.  I found all the windows were high and barred and no other door. I looked again at the men seated around the tables and saw they were playing cards or talking and conversing about worthless things.

I went out the front door once more and looked up again at the railing on top of the wall, seeing how hopeless it would be for me to get out without some help. I felt desperately in need of that help and in that condition of mind I went to the North-east corner of the enclosure and knelt down and prayed to the Lord for deliverance.

I told the Lord I did not want to remain in that place and asked if he would not help me to get out. As I prayed, I sensed and seemed to feel some presence above me. When I had ended my prayer I looked up and saw standing there a person dressed in white robes with his right hand extending down towards me. I reached up and taking hold of his hand, he pulled me over the railing and stood me on the ground by his side.

It now seemed to me that the building was built in the ground. The level of the ground being the same as the bottom of the barred windows. The person that lifted me up said to me pointing to the East: "Son get your feet on that path and never ever let your feet get off of it."

I looked and saw a white ribbon about a foot wide leading directly to the East in the same direction as the dark tunnel, only the tunnel went down into the ground, while the ribbon went up over the high mountain. The foot of the high mountain, was a number of miles distant, and was what they call a hog back without any canyons or openings extending through; extending North and South without a break as far as my eye could see.

I was so happy at being released from the prison-house that I started to walk the path with a feeling of deep appreciation to think that I was freed and that now I could progress. The voice and helpful attitude of the Person that raised me up filled me with hope and confidence that I was on the path of safety and peace. As I progressed along the ribbon path, which seemed to have width by no thickness, I felt secure so long as the path was supported by the solid earth underneath. Finally I came to a rolling country with hills and hollows to cross. Here the path did not follow the contour of the ground but stretched like a tight rope from one hilltop to the next. As the ribbon left the ground and became suspended in the air I became cautious about my steps since I feared my feet would go right through as if it had been a sheet of tissue paper. As I put my weight upon it, cautiously at first, I found that this thin, shining, white, air like ribbon was the most solid and substantial thing I had ever had under my feet. I marveled to think I could walk on it without it moving or even vibrating in any way.

I soon was filled with confidence and started to make my way with a brisk step and long stride. The path did not give or sway or move in the slightest degree even when the hard wind was blowing.

As I came to the top of a large hill I saw a large city on either side of the path. I could understand the wonderful opportunities to make money and get ahead these cities afforded. I thought it might be possible for me to go to one of these places and make my money, then return to the path. As I went further along the path, I saw other cities with the same thoughts and longings. Each time I remembered those words of fire that had been burned into my memory by the messenger who had raised and delivered me safely out of that prison house. "Son, get on that path and never let your feet stray from it." I couldn't see why this was necessary but I did have confidence that the messenger had a good reason and knew what he was talking about.

Finally I came to the foot of that high mountain. As I started up the steep slope, I could see the importance of the path and why it was necessary for me to keep my feet on it. The side of the mountain seemed to be of solid rock, with not even a plant or piece of brush growing on its surface; not even a crack or crevice wide enough to make a foot hold. It would be utterly impossible for anyone to ascend this mountain without following the path. Any one if they tried to stand or sit on the slope would slide clear to the bottom. When I learned this fact I could see the grave importance of the instructions I had receive regarding keeping my feet on the path.

This knowledge gave me added zest, enthusiasm, and greater faith in the words of my deliverer. So I ascended the mountain on a fast walk for it seemed as easy to climb the mountain as to walk on the level, so that mile for mile I could make the same progress. I soon reached the top expecting to be on level country once more but to my surprise, I saw a deep canyon more than a mile wide with a plateau on the other side extending Eastward as far as my eye could see. The ribbon extended through the air from the mountain top where I was standing to the plateau on the other side and then through the level country as far as I could see. But that level country on the other side appeared like a sea of glass with just enough variation in color so that the path was plainly visible.

With full confidence and a faster stride, I started to cross from the mountain top to the other side. When I was about half way across I was almost running. My over confidence proved almost fatal, since I had abandoned the necessary caution that might cause my feet to slip and send me tumbling to the bottom of the chasm, ten-thousand feet below. My foot did slip, but fortunately for me I was able as I fell to catch the ribbon with my hands. I was still in grave danger of falling to the bottom for I found myself hanging there by my finger tips. As I hung there I was filled with fear and dread for I could plainly see the fanged rocks and the swollen river below me in the bottom of the gorge. I used all my powers to right myself and pull myself back on top. When I had succeeded in doing this, I had exhausted every ounce of my strength.

I lay there for some time on my stomach with my arms and legs wrapped around the path before I could move. Finally, filled with fear and dread at my hair-breadth escape, I crawled slowly on my hands and knees more than half a mile to the other side, never making a move until I could feel sure that I had a firm grip with one hand before I let go with the other.

When I reached the other side, I stood up and walked on with a thankful heart to know the Lord had preserved my life to attain such heights: That I was safe after being so near to sure destruction.

The very day it happened, I told this dream to my Father and Mother and they never forgot it. They mentioned it to me for the first time in the year 1928 while trying to persuade me I was taking the wrong course when I took a stand for the fullness of the gospel as Joseph Smith had taught it.