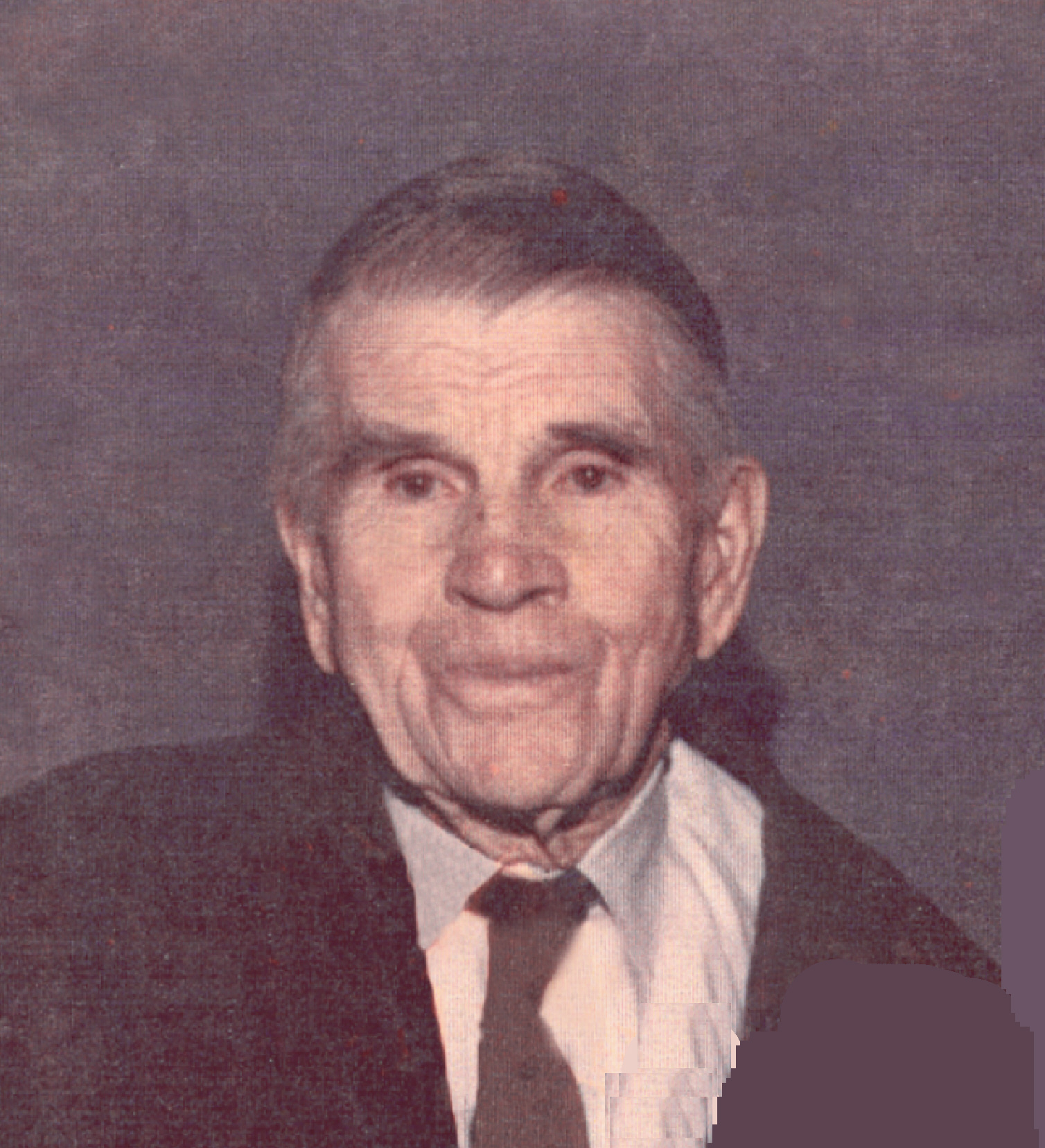 Brother Charles distributed a number of copies of this letter to his children and grandchildren near the end of his life, circa 1975

To my sons and daughters and to their children and children's children, where ever you may reside or make your home.  To each and every one, including those yet to appear on this scene of action known as God's Footstool. Also to all those and their children who will love to look to me as their birth father.

You might be surprised to receive this little word from me.  This seems to be my first attempt to form my thoughts concerning you into words and yet this is not the first time I have held you in my mind.  Now there are so many of you that I will be obliged to make a number of copies to reach you all.

When I was just a boy, I looked into the future with a desire to see the day when I could see you all, those who are here now and those who have departed as well as all those of you who will appear in the future, and I wondered what kind of people you would really be.

So I looked for girls who were honest, truthful, and virtuous, who were obedient, and those who were dependable, who knew how to save and manage the affairs of a home and children, who loved the Lord and the truth.

I well knew that if I expected to marry women who had these qualities and wanted to be fair I would have to have these same qualities myself, I realized I would have to be what I expected of them.  In looking for this kind of woman and striving to be that kind of a person myself, I learned a wonderful fact we all should know, and that is;

When a person with these kinds of desires looks around for a mate, that the righteous powers of heaven and earth all combine to bring two people of these same desires together.  Everything seems to work into a pattern to shape their lives for each other.  The Lord said, "This is My Work and My Glory, to bring to pass the salvation and eternal life of mankind,"

Another thing I learned was that an honest, upright, truthful person cannot be fooled if they put their trust in the Lord and rely on the guidance of the spirit of the Lord.

Now the subject I want to talk to you about is the subject of courtship and love and marriage.  We live in an age when everything seems out of order where we find lust masquerading as love, which sears and burns all that is lovely and fine in its victims.

True love grows out of sacrifice of self.  True love in marriage visions the welfare and the progress of the children that are to come from that marriage.  True love never indulges itself in personal gratification before marriage, therefore does not indulge in necking or kissing. Its kisses are not coarse or cheap.  A cheap kiss often leads to a cheap debauch, a sell-out virtue.  Marriage entered into blindly or as a result of infatuation is founded upon nothing solid and usually ends in disappointment and frustration.

Were I a young woman and looking for a husband, among other things, the first thing I would look for (and let me say right here that this kind of men are very few and far between) would be a man who prized virtue enough to protect virtue, not only in his own sisters, but in every girl he might meet or have occasion to help or teach.  A man could not do this unless he was one who prized his own virtue.  One who would not, under any circumstances, take advantage of a girl, even though the girl made the advances.  A man who honors and prizes the marriage covenant, in other words a man who refuses to accept privileges he has not earned, but who insists on paying the price placed upon marriage by the Lord which is a marriage covenant performed before witnesses that binds and seals the parties together as man and wife.

In other words, marriage is the only thing that can pay the price of a woman giving herself to a man and any man who even suggests a cheaper method is a crook and a cheat and unworthy of any clean and virtuous girl.

There is a class of men who will give a promise of marriage in exchange for a woman's virtue.  This kind of man rarely, if ever, keep this kind of a promise.  They are the cheapest kind of cheats and robbers.  A true and honest man would hang his head in shame at even a thought of such a thing.

There is a certain class of people who teach, as a higher tense of their religion, that it is right and proper for a man to force a girl to give herself to him.  He takes possession of her body by brute force.  These people claim this is a higher tense of plural marriage.  I know a number of men who have practiced this devilish thing in the guise of religion.

For instance, I knew a man who had a young daughter, around 14 years of age, who took her to a room where he forced her to stay with an old man overnight, with the result that the girl hated the man ever after.  I have known of many cases just like this one.

I mention these things as a warning against them to my children.  They are not the kind of practices that exalt people, but those that degrade.  So I hope none of you will be persuaded to have anything to do with them.  The marriage covenant requires a woman to accept a man “of her own free will and choice,” and there is no free will or choice in this practice.

There may be slippery shadows of excuses for this practice by people who are unable to control their passions, for these weak characters that would not get married or bear children under any other method, you know who I mean.  But they are not for people who are the covenant people of the Lord.

Now if you observe these things together with all the other commandments of the Lord, you will reach the higher stations in His Kingdom and become joint heirs with Him"

Before I close, I want to give you positive proof that the only union the Lord approves of as a part of His Kingdom that will last through this life and the next, is a marriage that is joined by Him and His authority, and His everlasting covenant, and one that is sealed by the Holy Spirit of Promise.

In the temple ordinance, there is demonstrated or pictured, five laws as steps which lead to the Celestial Kingdom.  These steps are like the steps of a ladder.  You cannot begin at the top of the ladder, but must begin on the first step and master that before you can stand on the second and so on to the fifth.  The fifth step is right in front of the door to the Celestial Kingdom, which no one can reach without mastering and living by the rules that entitle you to and enable you to attain these steps.

First is the Law of Sacrifice.

Second, the Law of Retribution.

Third, the Law of Chastity.

Fourth, the Law of Marriage according to the pattern of the Lord.

Fifth, the Law of Consecration.

How can one ever hope to reach the Celestial Kingdom unless they do it by living up to these laws in their turn.  One must be mastered before we can succeed in the next.  Chapters have and can be written on each and every one of these laws, but I am going to confine myself here with the law of Chastity.

In the temple one is required to take the covenant of Chastity, which is: “I hereby promise and covenant with the Lord that I will not have sexual intercourse with anyone except my wife, or wives, that have been given to me by the Lord.”  Since the woman also takes the covenant, this also applies to her.

The Lord does not give any one to anybody in marriage except by and according to the marriage Covenant that has been worded and revealed by Him.  In other words, according to the Covenant of Chastity, (also revealed and worded by the Lord) a person is under solemn promise not to have sexual intercourse with any one until after marriage, "Though we, or even an angel from heaven, preach any other doctrine or gospel (opposed to this) let them be accursed."

Hoping you will always keep this letter and live by its precepts together with keeping each and every one of the commandments of God, I beg to remain