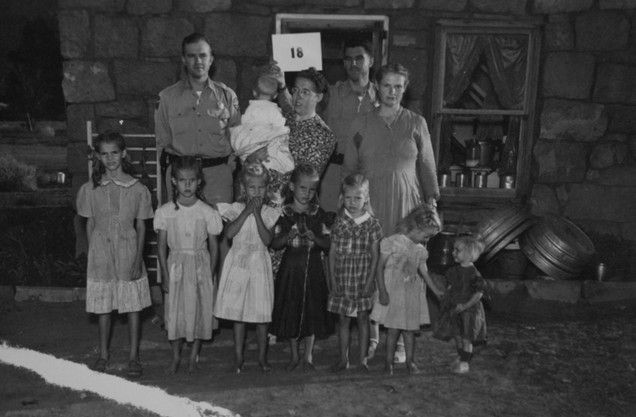 On Saturday, Governor Herbert signed SB 102 into law reducing the crime of bigamy among consenting adults to an infraction.  The bill made its way through the Legislature passing through the Senate, House and accompanying committees with only 3 nay votes overall.  The subject of polygamy or plural marriage was met at each point with deeply rooted beliefs and emotions for this controversial Utah issue.

Many know the State’s touchy history with polygamy; how early state leaders exchanged statehood in 1896 for wording in the Utah Constitution prohibiting the solemnizing of plural marriages “forever”.  How almost 40 years later, in 1935, a nearly all LDS state legislature modified the bigamy statute to include “illegal cohabitation” turning what is traditionally a law against marrying under false pretenses into a hammer to hit plural families.  It created a space where it was socially and legally acceptable for one group of citizens to look down on another and create a sub-class in Utah society.  The law survived nearly 80 years unchallenged.

Every generation since 1935 has slowly added distance between these two classes.  Law enforcement raids denying due process to US citizens occurred in the 1940's and 1950's.  Along the Wasatch front, Grand Jury investigations in the late 1950's and 1960's was meant to round up plural families on charges of “unlawful cohabitation”.  Yet, through it all, polygamy grew.

In the 1970's, the second-class plural families had now gone 1 and 2 generations without protection from law enforcement, a fact plural families were well aware of.  The meek and otherwise law abiding, laid low.  Lawless figures like Ervil LeBaron arose, threatening leaders of the AUB, Short Creek and the Co-op with death if they didn’t pay a tribute.  As teenagers, my parents helped nail sheets of plywood over their windows for a short time because they heard Ervil’s people had thrown Molotov cocktails through their rivals windows and shot the occupants as they ran out of the house.  In 1977, Ervil made good on his threats when an assassin killed Rulon Allred at his office in Murray, Utah, further cementing a new level of fear among plural families in the 80's and 90's.  Again, polygamy grew.

In 2011, when Kody Brown challenged the statute in Brown vs Buhman and Judge Waddoups struck 5 words from the law in 2013, it served as a precursor to the current climate in the Legislature and in the State.

In 2017, for the first time in 82 years, legislators were able to voice how they truly felt about plural families.  Legislators crafted a bill that would not only add a list of enhanced crimes they believed were more prevalent in plural families (studies suggest abuse to be less prevalent in urban plural families), but the bill would “re-criminalize” the practice.  Lobbyists from the AG’s office promised they were going to go after plural families with the new law; they never did.

Finally we come to this year, 2020, when Sen. Henderson gave everyone a chance to publicly speak their minds once more on the subject of plural marriage.  To their credit, every stake holder who spoke had one thing in common; they want abuse to stop and the victims to get help.  Despite what appears to be solidarity in the voting record, different stakeholders still have a lot of distance between them.

For some, they believe polygamy itself is inherently abusive, whether the parties are able to consent or not.  Some believe “help” must be in the form of a dramatic rescue and re-education, confident in their moral superiority, that if they simply show these women a different path, they would not choose plural marriage.  Others argued it to be simply a lifestyle choice.  Regardless, solidarity in the voting block does not equal solidarity in point of view.

Myself, I grew up the child of second-class citizens.  When my husband and I got married, I was not “assigned” or “coerced”, I chose for myself.  Later as we chose to live what many refer to as ‘the principle’, the women who joined my family did so by choice.  They are well-educated, well-adjusted women and very capable of forming their own viewpoint, sometimes differing one from another.  Our choices were made not out of some fear of God, or eternal damnation, but because we made a lifelong commitment to a lifestyle we believe will bring about the best result for ourselves and our children.  The discussions surrounding the bill did little to decrease my fear and anxiety toward my “first-class” counterparts.

Fear and suppression brought on by criminalization

“If it’s decriminalized, what do you have to fear?” someone asked me.  My answer, “It’s a long story.”

It was interesting to watch the testimony from different people on the hill.  Listening to them, I could see many voted for the bill because they believed it was the most efficient way to end the practice of plural marriage for good.  A premise still based on the belief that I made the “wrong” lifestyle choice.  In their minds, I’m still a problem for society, for which the most efficient solution must be found.

I also learned something else to which I credit Sen. Escamilla.  I’m usually quite conservative politically, but I want to thank the Senator for opening my eyes to a different viewpoint when she spoke in the Senate hearing on SB102.  She made the analogy of many immigrant and refugee communities who are fearful of government.  Like plural families, public rhetoric lately has created a climate of silence in immigrant communities, for fear of losing their children.  Sen. Escamilla shared the story of this year’s “Youth of the Year” from the Boys and Girls Club in her community who publicly shared her story.  She described how every time someone knocked on her door, she feared that her parents would be taken away.  It touched me personally and brought back a lot of memories for me as I remembered many of my Jr High and High School friends in public school on Salt Lake’s west side in the 1990's.  They also came from immigrant families.  I felt like Sen. Escamilla spoke to my heart and helped me consider the plight of these communities so similar to my own.

My grandmother was one of the children taken in the 1953 raids in Short Creek before her father moved to Northern Utah.  Grandma would take a picture out of her scrapbook of her as a child in the newspaper.  I had gone my whole life seeing the criminalization of plural marriage as a threat to my family and parents who I hold so dear.  I had seen it as a threat to my own children and the children of my sister wives who I love deeply.  As a child, I was confused about why these people were so against us.  Being in a household where we were not abused, where our parents loved us.  We went to public school, took music lessons and traveled on frequent vacations with our family.  We were loved.

As an adult, I saw anyone who supported criminalization of consenting adults in plural families as one of those scary people.  When someone says they support criminalizing plural marriage, it tells me they support locking up consenting adult men and women, separating them from their children, and “re-educating” them to their “morally superior viewpoint”.

I heard many public figures in the Legislature, in government and on public broadcasts voice their support for criminalization of consenting adults in plural families, if only it were enforced.  Could they possibly know what they are saying?  Many of these same people spoke in support of this year’s Senate bill.  It was difficult at times not to link these individuals to all the anxiety of my childhood.

Today as a parent, the notion of someone who supports locking me up or taking away my children drives the fear close to home.  I have hoped someday for equal protection and due process.  Would anyone accept these types of statements if casually suggested for all Mormons or Catholics?  For someone whose plural family is their identity, these statements seem cold and callous.  They feel threatening.

Of course, life goes on.  I’ve had these types of experiences before hearing people speak of plural marriage in a threatening way, without them realizing I was one of “those scary polygamists”.  My Christian faith says to forgive; to assume good intent.  One thing I hope for, is for people to realize that 80+ years of demonizing plural families in public and private discourse has created some dangerous rhetoric.  Rhetoric that stands as a barrier to real solutions when there really are issues in plural families and it reinforces the distance between the classes when there are not.

I know today’s discussion and SB102 is only one chapter in the long history of plural marriage in Utah and it won’t end here.  Knowing that the majority who support this year’s legislation, passed it feeling like I was a problem, a victim, I fear it could swing just as fast in the opposite direction.  I long to see the day when equal rights includes equal rights for plural families; we still have work to do.  If we are ever to peacefully coexist and shed our second class status, we have to work harder than those around us and live up to a high standard just to put ourselves on an equal playing field with everyone else.