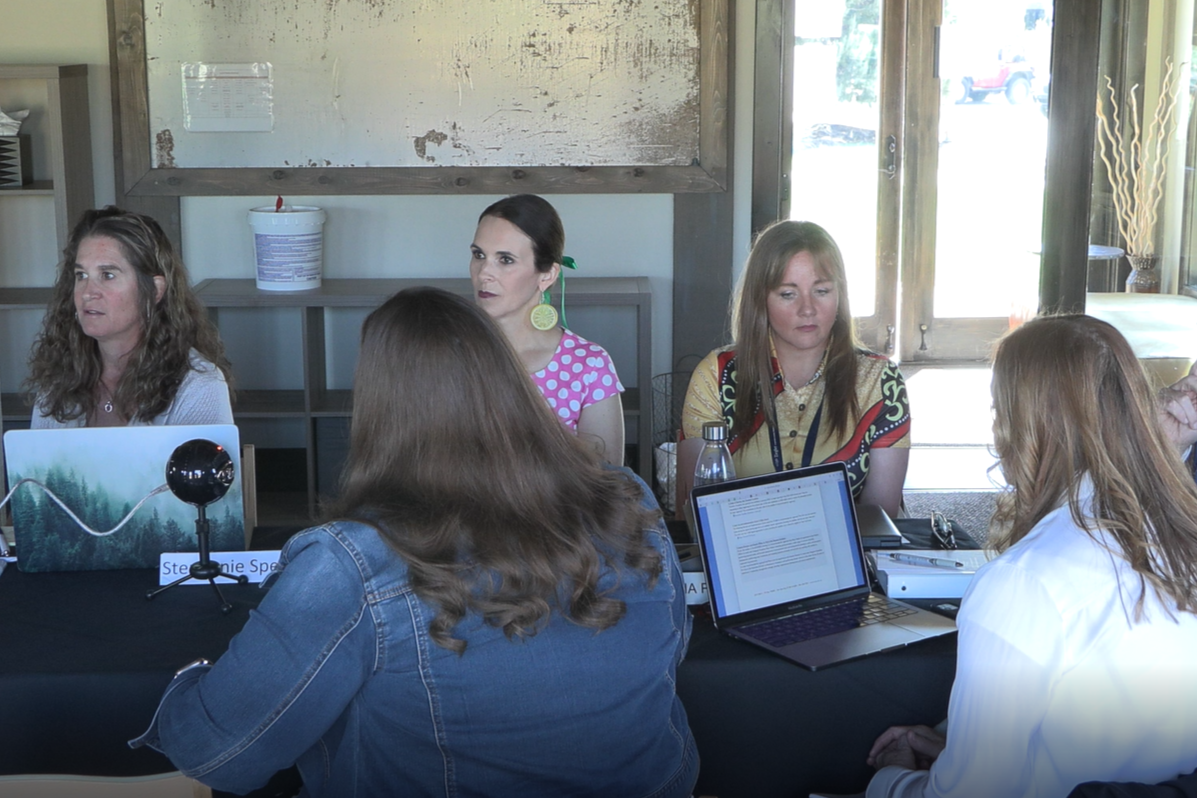 At their annual retreat on September 8 in Heber City, the SCSB voted late in the day to rescind its August 22nd order to remove all 9 of Vanguard Academy’s board members due to their association with the DCCS.

The decision to rescind the order came after an unprecedented amount of attention and backlash from students, parents, staff and some prominent members of the state and charter school community.

The SCSB intended to finalize the removal of Vanguard’s board at the September 8 meeting, as well as appoint Mark Ursic as co-administrator and Moss Adams consulting firm as co-financial officer for Vanguard Academy. In addition to rescinding the board removal order, the SCSB also backtracked on their appointment of Mark Ursic, due to comments he published calling Vanguard “a criminal syndicate.”

After giving a glowing review of Ursic’s credentials, SCSB member Cynthia Phillips recommended he be removed from consideration saying, “there has been some question as to his neutrality.”

Although the SCSB meeting was held in Heber an hour away from Salt Lake City, dozens of parents, students and staff of Vanguard made the drive to attend the meeting and voice their opinions in public comment. The testimony became emotional at times, with many urging the SCSB to reconsider the removal of Vanguard’s board.

“We went to public schools….and the stigma that is held over the kids’ heads…we didn’t ever thrive,” said parent Naura Gustafson.

Victoria Stephens, a Vanguard parent and healthcare worker stated, “when these communities are given care by those who share their same values and experiences…. their lives improve greatly,” arguing the same is true in education.

Michelle Johnson, whose children attend Vanguard stated, “As a mom in this community, watching [the SCSB] remove board members that are of my own community…the bias scares me.” Another parent, Valaytte Paulson stated, “most people want me and my children to go away and not exist, but the reality is we do exist.” She continued, “I heard an employee of Jordan School District tell [the SCSB] ‘what are [the children] going to do with those college credits anyway’ and none of you said anything,” confronting the SCSB members.

Vanguard staff member and parent Joy Palmer stated, “If your intent was not discriminatory, you missed the mark.”

SCSB member Speicher responded saying, “your words, your comments, your emotions do not fall on deaf ears.” Speicher added, “I want to emphasize that this decision came from very distinct work on the part of how we use public money.” She stressed the “incredible parameters on how we spend public money” is “complicated.”

Ironically, Vanguard’s record shows they are educating their students much more efficiently with the public’s money than most other schools in the state. Per pupil spending at Vanguard was only 46% of the State average as reported by the Utah State Board of Education.

Vanguard claims they have consistently performed well in their financial audits, as shown in the results of regular bi-annual reviews by independent auditors.

SCSB Executive Director Jennifer Lambert made comments to the media stating, “The reality is, this does not eliminate any of the oversight or any of what’s going to happen in the future.” Lambert referred to the board removal as a “tool to help [Vanguard] resolve deficiencies,” with most of the remaining deficiencies having to do with board members’ ties to the DCCS.

State Sen. Kathleen Riebe, D-Cottonwood Heights, said the school should have been shut down months ago….if not last year. “This is a lot of money that we’re wasting,” Riebe said of the funds Vanguard uses to educate children.

Vanguard remains on “probation” and could be shut down as early as November without some terms being reached between Vanguard and the SCSB.

The SCSB's rescinded order means the lawsuits filed against the board are moot and will be dismissed for the time being.

Timeline of the decision to remove the Board

August 22; the SCSB voted to remove all 9 of Vanguard’s board members due to membership or association with the DCCS

August 30; Vanguard and its board members filed a lawsuit in state court as well as a request for a temporary restraining order against the SCSB’s decision

September 6; Vanguard board members filed a federal civil rights lawsuit against the SCSB

September 8; SCSB voted not to appoint Mark Ursic as the co-administrator of the school earlier in the day. They also voted to rescind their order to remove Vanguard’s board later in the day after all members of the public had left