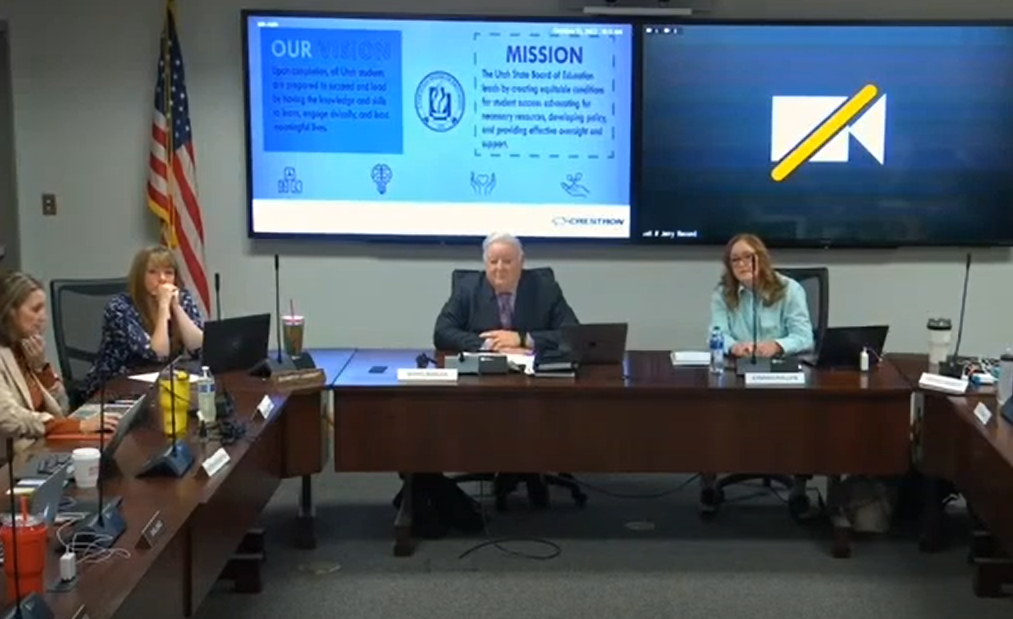 The State Charter School Board (SCSB) continues to place demands on Vanguard Academy charter school in West Valley City, which has been on “probation” status since August 22.

In addition to being placed on probation, the SCSB also voted in August to remove all 9 of Vanguard’s board members due to their affiliation with the DCCS. The board removal sparked backlash and broad condemnation from the community and triggered a number of court actions that ultimately led the SCSB to reverse the board removal decision just 17 days later.

Despite the partial reversal, the school remains on probation.

We’ve looked into reports from DCCS members that Vanguard Academy was being singled out and treated differently than other schools and found these claims were overwhelmingly true. Through GRAMA requests, DCCSOCIETY.ORG has obtained documentation of all charter schools placed on “warning status” or “probation” for the last 4 years. No high-performing charter school in the State of Utah has been placed on warning status or probation while receiving an overall “A” grade….. except Vanguard Academy.

The overall grading scale for schools is a relatively new system that considers academics, student retention, academic growth, financial stability of the school, etc. Grades are assigned by the Utah State Board of Education.

Vanguard Academy is on probation for a different reason, however. The school is on probation primarily due to the association many board members and staff have to the Davis County Cooperative Society, as stated by SCSB Executive Director Jennifer Lambert. It is based on the belief that just because these individuals are from the same community, that they pose conflicts of interest, or are unfit to make sound decisions for the school.

Lambert stated in the SCSB meeting on August 22 that, “[the rules are] not relevant to Vanguard” because SCSB members are not familiar with the operations of the DCCS. Lambert suggested that the “way out” of this “problem” is for board members not to be associated with the DCCS, resign, or be removed, which illegally singles out the treatment of one group under the law.

Despite a number of changes that have occurred at the school since the August decision, the SCSB continues to make additional demands, some of which appear to be illegal.

In a series of letters obtained by DCCSOCIETY.ORG, the SCSB details as many as four new “deficiencies …. which must also be resolved along with the original three deficiencies.”

The first deficiency remains the association board members have with the DCCS, but in a letter dated October 25, 2022, the SCSB escalated their demands, stating:

“There is, at a minimum, a perceived bias and conflict with all involved in the procurement process and on the board. Vanguard needs to remove and replace top administration and board members and allow SCSB approval ability of the new board member[s] and administration to ensure that there are no conflict[s] of interest[]….”

It is unprecedented for the SCSB to call for the removal of an entire charter school board and administration, let alone to illegally justify the demand by saying it is due to their association with a particular group.

The SCSB also re-opened their investigation into Vanguard’s enrollment claiming the school had “material misrepresentations” when their original charter intended to target up to 20% minority students. This claim was previously investigated, twice, without any deficiencies found. In previous investigations, SCSB members attempted to make the enrollment issue about race, but ultimately backed away when “no irregularities were found in enrollment practices.”

SCSB members also may have backed away from the issue due to the fact that legally, Vanguard’s population of low-income, first-time college students and ethnic minority community cannot be differentiated from racial minorities.

Regardless, SCSB staff seems ready to single out Vanguard yet again. In another escalation, the SCSB demands Vanguard, “Submit to the SCSB an amendment to remove enrollment preferences from your charter agreement…”. Utah Code 53G-6-502 governs enrollment practices and student preferences for charter schools. The SCSB’s demand directly contradicts Utah law and threatens the future stability of the education for all of the children attending Vanguard Academy. It would also make Vanguard Academy the only school NOT to give precedence to existing students.

It is clear the SCSB does not intend for the school to continue in its current format or for its students to succeed. The SCSB appears to be continuing a long pattern of discrimination against the most underserved community in the State of Utah.

It is incomprehensible for the SCSB to stand by their position of placing a high-performing school on warning status, let alone escalating to probation. It is unethical to use children’s education and livelihood as bargaining chips to further the personal bigotry and bias of the predominant culture of the SCSB members and their staff.