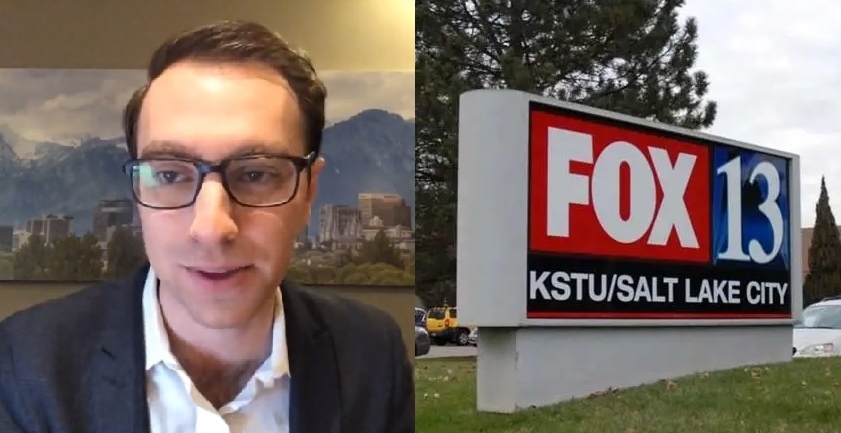 A recent Fox 13 news article by Adam Herbets is targeting Vanguard Academy, a high performing public charter school serving a population of 82% first generation college students but whose student body is reported to be primarily from a background of plural families from the Salt Lake County area.

The school has been placed on “Warning Status” due to a media driven audit. Additionally, the State Charter School Board (SCSB) has questioned whether Vanguard’s board and staff can make financial decisions due to alleged ties some of them have to various plural communities. Many Vanguard students also come from a plural family background and have felt unsafe in traditional public schools.

In his reporting, Herbets uses a false narrative of outrage, implying a misuse of public funds even though SCSB Finance & Compliance manager Stewart Okobia directly contradicts these claims stating, “I reviewed [Vanguard's] financial statements… There were really no significant deficiencies or any material deficiencies … in their financial statements.”

This is not the first time Herbets or Fox 13 has conjured up false narratives to incite hatred for plural communities. In February 2021, Herbets falsely implied Ensign Learning Center, a DCCS run private school, was under investigation by the IRS for evading taxes. However, it was never under investigation by the IRS. An anonymous complaint was filed just days before Herbets’ news article, but the complaint was later found to be without merit. The school has never received public funds and saves the state over $13 million in taxes per year.

For his latest article, Herbets interviewed his usual roster of known anti-polygamy activists, many with questionable motives.

Shanell DeRieux, is an anti-polygamy activist who produced and appeared in the defunct TV series “Escaping Polygamy”. The show's popularity began to wane when it was discovered that the escape characters were mostly actors paid to act out staged escape scenarios. DeRieux and the producers of the series were described as “exploitative and damaging” to victims of abuse by several women’s and children’s advocacy groups in a March 2020 Utah Senate hearing on SB102. However, DeRieux is quoted in Herberts’ article repeating the false narrative of “bleeding the beast” as a feature of the Co-operative which has been debunked as a relic of the FLDS. The victims exploited by DeRieux in her TV series were from various plural communities.

Another of Herbets’ anti-polygamy regulars is Amanda Rae (Grant), who appeared frequently on the Escaping Polygamy series. Rae appears in an episode where she exploits her mother’s neighbor for money, an elderly woman with dementia, who appears on screen and becomes disoriented when Rae and others interact with her. Throughout the series, Rae, DeRieux and others demonstrate a history of false claims to solicit donations or to boost ratings; something they and Herbets have in common.

Additionally, in his latest article, Herbets’ once again turns to bigoted anti-polygamy activist Brooke Anderson, a self-proclaimed “lifelong educator” who is paid by the Jordan School district. In December of 2020, Brooke Anderson suggested children from plural communities did not deserve to go to college saying, “All these college credits earned by Vanguard Academy students; how will they be put to use?” as she campaigned to shut down Vanguard because it was ‘too white’, and it had ‘too many Kingstons’.

When asked about Brooke Anderson’s stance against plural family children, one Vanguard parent was shocked stating, “How is she still employed by a public school district? I live in the Jordan District, this is exactly the reason I don’t feel safe sending my kids to the schools in our area.”

Due to the frequency of Herbets’ regulars, we suspect his bench is running a little thin when it comes to credible anti-polygamy sources. Are there any voices who don't make a profit from the destruction of plural family culture?

Fortunately, the law is the deciding factor on what constitutes conflicts of interest when managing state funds, not the media or the SCSB. Justice should measure each person the same regardless of background or ethnicity. Children shouldn’t grow up believing that they won’t have a right to sit on a school board or hold a public position because of their family or religious background.

All citizens have the right to a free and appropriate public education. Plural families have the right to feel safe at school; one where they don’t feel threatened by bigoted or uncaring staff. They have a right to a college education and to be free from the abuse and hatred they’ve faced in public schools for generations.

It is heartbreaking to see the hatred and bias so deeply ingrained in individuals fighting to exclude children from their right to education.

Plural families have been forced into a second-class citizenry for nearly a century and it is our hope that someone will have the courage to stand up for what is right and help these students break the pattern of discrimination faced by their parents and grandparents.